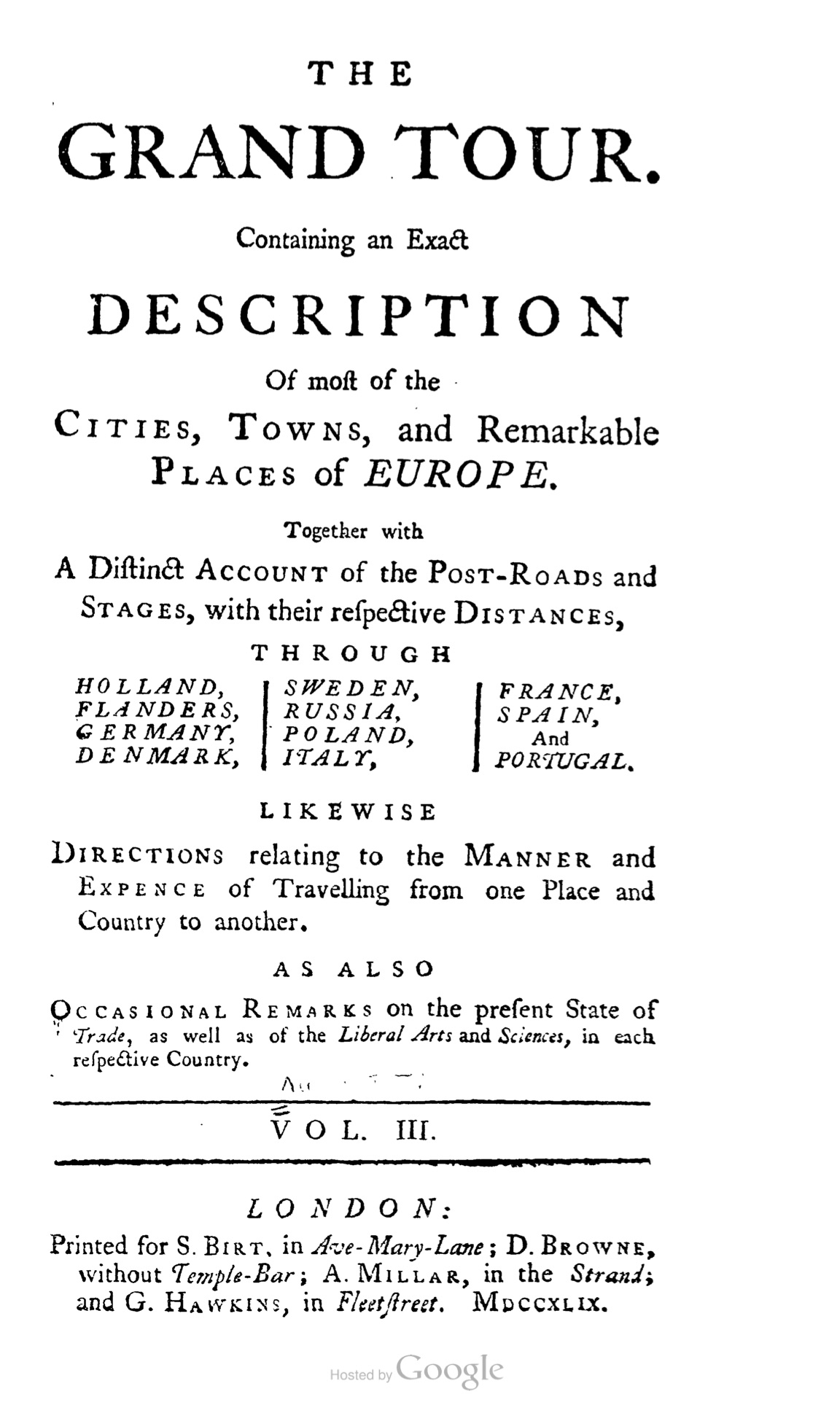 Thomas Nugent was an Irish historian who spent most his life in London. He was a well-read and well-travelled scholar. Thomas Nugent’s The Grand Tour demonstrates a change in the trend of the Grand Tour. As the full title of the book suggests (The Grand Tour. Containing an Exact Description of most of the Cities, Towns, and Remarkable Places of Europe), Nugent has composed a practical guide for eighteenth-century travelers.
In the preface, Nugent explains that he intends the book to be “for real use.” He criticizes earlier travel literature for focusing too much on describing the curious nature of foreign lands; those books, however entertaining the may be, do not contain practical information for a traveler. Perhaps comparable to Wikipedia, Nugent’s book carries encyclopedic information for each country. He divides the information into several sections, starting with a general description of the country, followed by a description of its provinces, giving details of history and politics, he then moves on to social and cultural information. The book was designed for readers to  get thorough knowledge of a country. In Volume 3, Nugent even devoted a whole section to coins in Italy to help travelers avoid confusion.
Camposanto is introduced as one of the major monuments of Pisa. It is notable that the legend of the earth from the holy land is still firmly in place. Unlike many of the earlier sources, Nugent mentions the paintings of Camposanto.


Source: Thomas Nugent, The Grand Tour. Containing an Exact Description of Most of the Cities, Towns, and Remarkable Places of Europe, 4 vols. (London: S. Birt, 1749), 3:329.

“Near it is the burying-place, called Campo Santo, being covered with earth brought from the Holy-Land. This burying place is inclosed with a broad portico, well painted, and paved with grave-stones. Under the portico there is a decree of the city, ordering the inhabitants to wear mourning a year for the death of Caesar.”