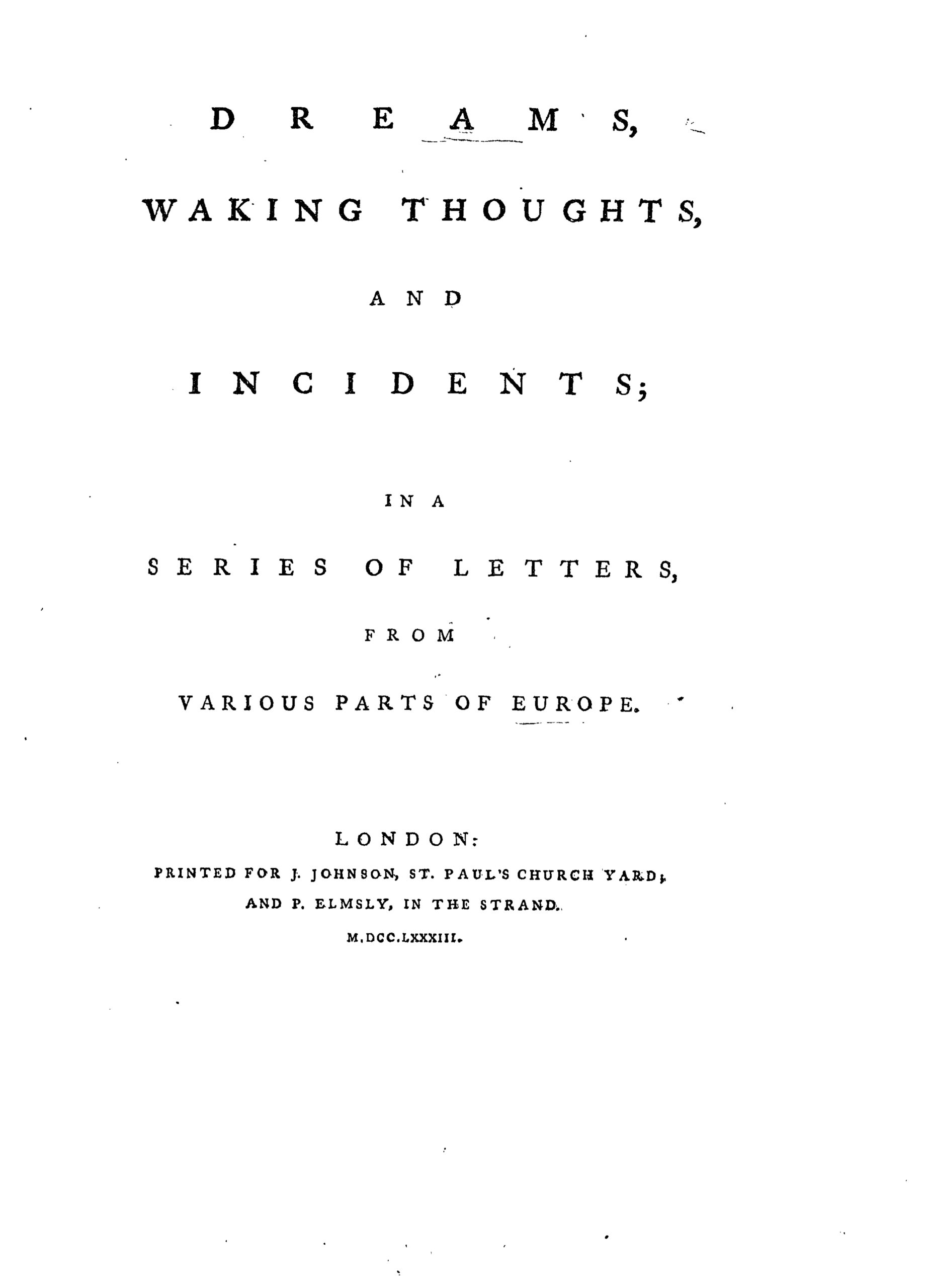 William Beckford’s travelogue may be the most literary among the travel literature compiled for this blog. Beckford was a novelist, well-known for his Gothic novel Vathek, as well as an art collector. His book is composed of letters from different parts of Europe, written as he traveled.

Letter XV describes him arriving from Lucca and visiting the Duomo and Camposanto in Pisa. The illustrative language and the romanticization of the Gothic architecture in his writing are noteworthy. Beckford emphasizes the exotic aspect of the Camposanto with adjectives such as “light”, “fresh” and “strange.” Although he follows models found in existing travel literature in describing the Camposanto, he also deviates from tradition: the Camposanto is not only a burial place with holy earth from Jerusalem, but a place of experience, full of interesting details.

“Our next object was the Campo Santo, which forms one side of the opening in which the cathedral is situated. The walls, and gothic tabernacle above the entrance, rising from a level turf, appear as fresh as if built within the century, and, preserving a neat straw colour, have the cleanliest effect imaginable. Our guide unlocking the gates, we entered a spacious cloister, forming an oblong quadrangle, inclosing the sacred earth of Jerusalem, conveyed thither about the period of the crusades, in the days of Pisanese prosperity. The holy mould produces a rampant crop of weeds; but none are permitted to spring from the pavement, which is entirely composed of tombs with slabs and monumental inscriptions, smoothly laid. Ranges of slender pillars, formed of the whitest marble and glistening in the sun, support the arcades of the cloister, which are carved with innumerable stars and roses, partly gothic and partly saracenial. Strange paintings of hell and the devil, mostly taken from Dante’s rhapsodies, cover the walls of these fantastic galleries, attributed to the venerable Giotto, and Bufalmacco, whom Boccace mentions in his Decamerone. Beneath, along the base of the columns, rows of Pagan sarcophagi are placed, to my no small surprise; as I could not have supposed the Pisanese sufficiently tolerant to admit profane sculptures within such consecrated precincts. However, there they are, as well as fifty other contradictory ornaments. I was quite seized by the strangeness of the place, and paced fifty times round and round the cloisters, discovering at every time, some odd novelty. When tired, I seated myself on a fair slab of giallo antico, that looked a little cleaner than its neighbours (which I only mention to identify the precise point of view), and looking through the filigreed tracery of the arches observed the domes of the cathedral, cupola of the baptistery, and roof of the leaning tower, rising above the leads, and forming the strangest assemblage of pinnacles, perhaps, in Europe. The place is neither sad, nor solemn; the arches are airy, the pillars light, and there is so much caprice, such an exotic look in the whole scene, that, without any violent effort of imagination, one might imagine one’s self in fairy land. Every object is new, every ornament original; the mixture of antique sarcophagi with gothic sepulchres, compleats the vagaries of the prospect, to which, one day or other, I think of returning, to act a visionary part, hear visionary music, and commune with sprites; for I shall never find in the whole universe besides, so whimsical a theatre. It was between ten and eleven when we entered the Campo Santo, and one o’clock struck, before I could be persuaded to leave it; and ‘twas the sun which then drove me away; whose heat was so powerful, that all the inhabitants of Pisa shewed their wisdom, by keeping within doors.”