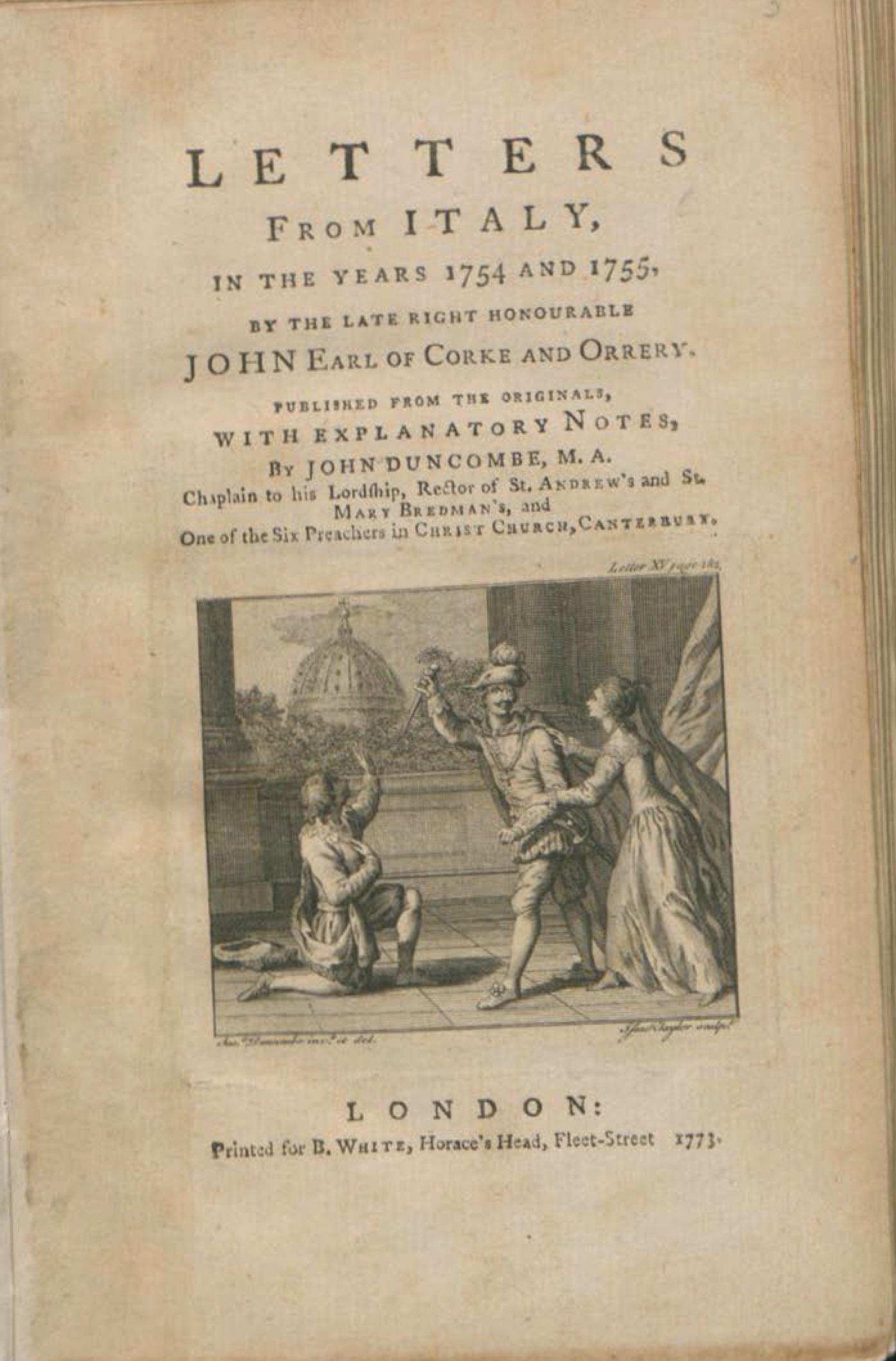 John Boyle’s book is a collection of letters, just like many travel accounts of his time. Interestingly, his letter starts from Lyons, France and ends with annecdotes from Florence without mentioning Rome or other Italian cities. As 5th earl of Cork, it seems that he was in connection with distinguished members of the society during his trip. John Duncombe, the editor of this book, writes in the preface that Boyle presented Samuel Johnson’s Dictionary of the English Language to the Accademia della Crusca while residing in Florence.
Although Boyle mentions Camposanto, his description of it is quite short. He does not even specify, what kind of “miracles” take place in the sacred ground. It seems that the power of the holy earth consuming dead bodies was well-known, as Boyle states, the miracles are “undoubtedly recorded by many legendary writers.” Editor’s notes in the book are worth paying attention in this book. Duncombe refers to Tobias Smollett and Edward Wright in the Letter IX, which manifests that he actively consulted other previously published travel books. / DJ

Letters from Italy_Boyle_Pisa
Source: John Boyle, Letters from Italy, in the Years 1754 and 1755, by the Late Right Honourable John Earle of Corke and Orrery, Published from the Originals, with Explanatory Notes, ed. John Duncombe (London: B. White, 1773), 102-103.

“The burying –place [Il campo santo] is encompassed by a Gothic cloister, like that of Westminster, but in an oblong square [note by the editor: Its inner area is filled with earth which was brought from Jerusalem, in 1228, as ballast, in the galleys of the Pisans, when they returned form warring with the Turks, and from thence takes its name: it was begun to be built in the year 1200, and was finished in 1278. It is the property of the Jerusalem-earth to reduce a body to skeleton in twenty-four hours. Wright]. Miracles attend every inch of the sacred ground. They are undoubtedly recorded by many legendary writers. I will not add to the number.
Around the walks of the cloister, are ranged many sarcophagi, some very fine, in alto relievo. They were found in different parts of Europe, and brought hither, as to a repository, by the purchase and command of the former great dukes of Tuscany.”