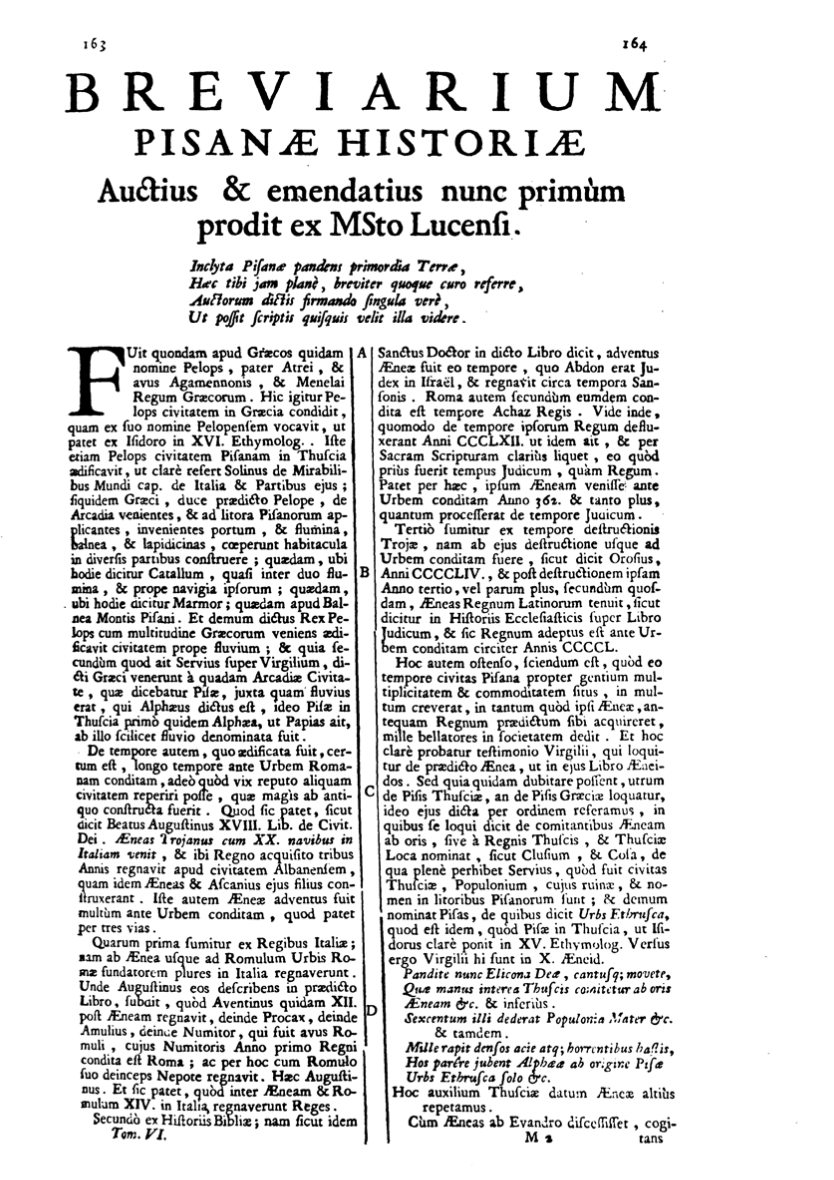 Like other early sources, this text comes from an intense activity of local chronicling by typically-anonymous authors who compiled older material and expanded it with material from their own lifetime. In contrast to later versions of the fourteenth century, this chronicle gives us an idea of how the role of the Pisan fleet in the Third Crusade was recorded before the earth from Jerusalem came into play. In the sequence of events following the election of Clement III in Pisa, emphasis is put on Uberto’s investiture as a representative of the pope at the crusade. While the route of the Pisan fleet across the Mediterranean is described in great detail, the subsequent events of the crusade and the return to Pisa are left out. For the year 1200, that would later be recorded as the date of the Camposanto’s foundation, only the military activity of the Pisan Republic is mentioned. / DG


Source: Manuscript of the early eighteenth century, copy of a now lost fourteenth century manuscript which was formerly kept in the Archivio segreto della Repubblica di Lucca, which was made for Muratori by the Pisan canon Angelo d’Abramo, Pisa, Archivio capitolare, ms. C 101.

“In the year 1186 [1187]. Pope Gregory VIII (1187) entered the city of Pisa on December 10, and was received by the Pisans with great honor. He died in Pisa on December 17, and has been buried in the Cathedral. And on December 19, Cardinal Paolo [Scolari], bishop of Palestrina, was elected Pope in the same church, raised from the hospice of San Paolo di Ripa d’Arno, and named Clemens III. In the same cathedral, this pope asked, solicited and begged the Pisans to help regain Jerusalem. And with his own hands he gave Ubaldo, the archbishop of Pisa, the standard of Saint Peter, that he might be the standard bearer of the army of all Christians, and legate of the Apostolic See for all Christians. The aforementioned archbishop and the people of Pisa left with a fleet of 50 galleys in mid-september, they stayed in the city of Messina in Sicily, and on April 6 they reached Tyre. Then they arrived at the base of Antioch, in order to free it from Saladin’s assault.

In the year 1200. The Pisans were at Volturno with 20 galleys in the service of the emperor.

In the year 1204. Constantinople was taken by the Pisans and the Venetians.”