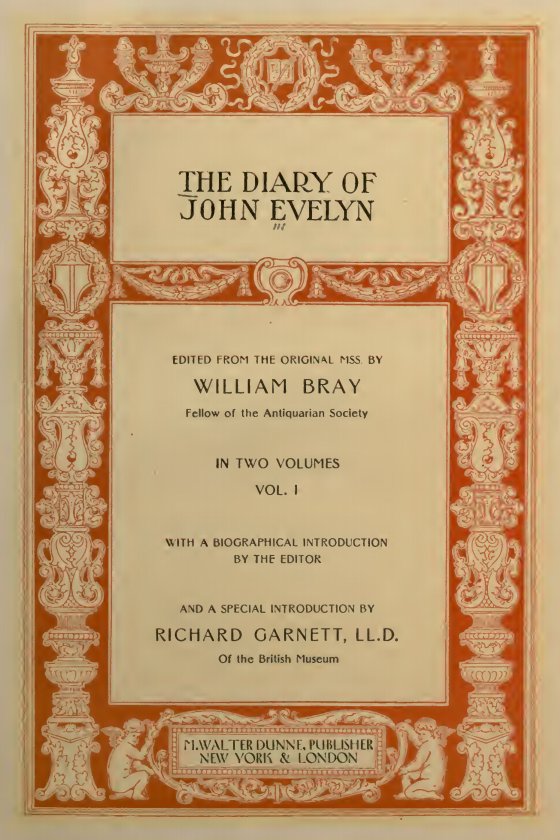 John Evelyn’s diary is a classic of its kind. His diary is closer to a memoir than a diary, as he starts the book with a description of his family and his childhood home. The first volume is devoted to Evelyn’s Grand Tour. Evelyn spent about three years, from 1644 to 1647, in continental Europe, partly to escape the turbulence in his own country at the time and partly to further educate himself, driven by his curiosity about other cultures and languages. His journey started in France where he sailed from Cannes to Genoa[1] and reached Pisa in October 1644. He thinks highly of Pisa, writing that the city is “as much worth seeing as any in Italy.”[2] Similar to other travel logs of the time, he writes about the square that would later be known as Piazza dei Miracoli. When describing the Campo Santo, he briefly mentions the associated legend of the holy earth. Unlike others though, he writes that the earth consumes bodies in forty hours, not twenty-four hours as in the writings by Dallington and Futternbach. Considering that Evelyn borrowed from and referred to other travel diaries as he was writing his own,[3] it is possible that he may have mistakenly taken this number from a description of the Campo Santo in Rome.

“The cemetery called Campo Santo is made of divers galley ladings of earth formerly brought from Jerusalem, said to be of such a nature, as to consume bodies in forty hours. ‘Tis cloistered with marble arches; and here lies buried the learned Philip Decius who taught in this University.”